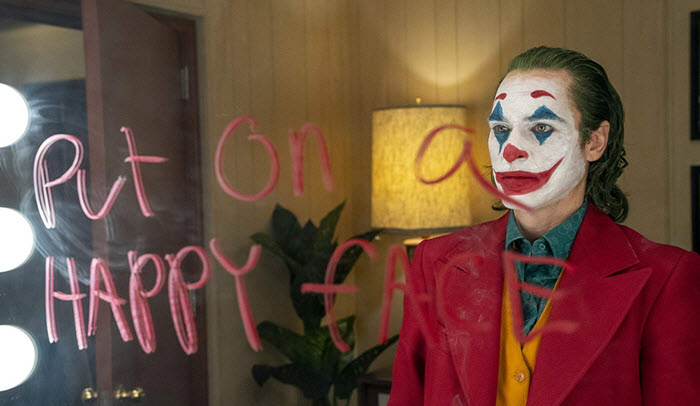 Joker starring Joaquin Phoenix as Arthur Fleck (The Joker) had a monster opening weekend. It made $93.5 million setting a box office opening record for October. This was also the 4th biggest opening weekend for a Rated R film.

Joker is a psychological thriller directed by Todd Phillips and written by Phillips and Scott Silver. The film also stars Robert De Niro and Zazie Beetz. It has a B+ CinemaScore. It opened with a $21,376 per theater average.

Abominable finished a distant second and added $12 million during its second weekend in theaters to bring its total gross to $37 million. It was followed by Downton Abbey and Hustlers.

It: Chapter Two has crossed the $200 million mark after five weekend in theaters. It finished fifth and added $5.3 million. It was followed by Ad Astra, Judy, Rambo: Last Blood and War.

You can view the box office report for the weekend on boxofficemojo.com. Joker faces strong challenges from Maleficent: Mistress of Evil and Zombieland: Double Tap this coming weekend.