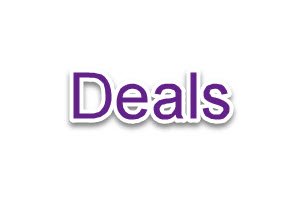 House of the Dragon Trailer

New on Netflix: Shadow and Bone

Jordan Peele has a new box office hit with his horror sf film Nope. The film opened with $44 million in theaters.

The Please Don't Destroy comedy group has been making funny videos for SNL that include the great Rami Wants a Treat skit. On Saturday, Ben Marshall, John Higgins, and Martin Herlihy starred in a music video with Pete Davidson and Taylor Swift.

Disney's Jungle Cruise topped the box office during its opening weekend. The film inspired by Disney's theme park ride made $34.2 million. It also made $30 million on the Disney Plus streaming service where it was available for $29.99.

An amazing 3D cat billboard is getting the attention of many onlookers in Tokyo. The giant cat pops into view every few minutes. The monster kitty also meows as it looks down at the crowd. It looks like something from Bladerunner but without the ominous urban background.

A Quiet Place Part II dominated the box office over Memorial Day. The film made $47 million over the weekend and over $57 for the long weekend.

Quibi to Shut Down

Fast and Furious 9 Release Pushed Back to 2021